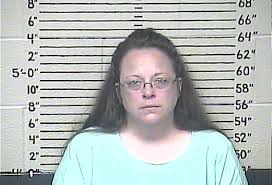 Social media, the news, and culture seem focused on a few hot topic issues. I would say “lately,” but one constant in our culture is the discussion of some tense, polarizing, and controversial issue. I for one, do not believe the media really care if there are remedies. Why? Because the media needs to make money. [1] They compete for against social media, Hollywood, and iWhatever apps for our time. What is the best way to garner attention, sell advertisements, and create followers? Conflict. The unifying characteristic between the news, sitcoms, drama, plays, broadway, classic literature, and popular articles is conflict. This should come as no surprise. Even the most popular blogs center on this theme (the irony here is rather obvious, isn’t it?). I’ve heard some men turn down a blogging ministry because they do not want to be in the battle. I can relate. It’s sad blogs are associated with war. Blogs on theological truth (where there is no opponent) tend to draw less attention than blogs on [insert pop-culture hot topic].

But these hot-topic issues really are important, aren’t they? Christians will probably not dispute racism, abortion, and defying one’s conscience are important issues. The Planned Parenthood videos recently released reveal the depravity most of us already knew. These videos just provide the details. The war between police and citizens, polarized by average people picking sides, and resulting in death is sickening. There should be no question sin exists — for the wages of sin is death (Rom 6:23). Racism is wrong. To stereotype, judge, act, and do wrong to someone based on his or her socio-economic-cultural birth defies logic. It is pure sin. Is there social injustice? I’m sure there is. After all, sinful people have power and authority across the world. Are all people in power unjust? Probably not. Then there is Kim Davis and her apparent stand against same-sex marriage. How should we respond? How should Christians deal with this?

What seems to coordinate with every story is some professor, pastor, or Christian leader writes an article defining the injustice and teaching our response. 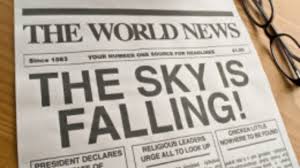 “We need to respond.” “Respond Christian!” “Here’s how you respond.” “Here’s how you need to think.” “This year’s conference we discuss the Christian response to XX YY.” “Yadda, yadda, yadda.” I do not inherently have a problem with this, but I do have a problem with this too. Let me elaborate. As hot topic issues change, so do our missions and goals. At least on paper. But I would argue, a faithful Christian, living out his or her obedience to Christ is already fighting these social ills.

How so? First, consider Jesus commission. “Go therefore and make disciples of all the nations . . . teaching them to observe all that I commanded you . . .” (Matthew 28:19). Our mission, while on earth, is to make disciples. How does that happen? We teach people what Christ teaches us (Scripture). But, who can be a disciple? Only those indwelled by the Holy Spirit. So we focus on teaching and equipping believers. Why? So believers can evangelize the world and worship Christ.

Believers are ambassadors for Christ sake, proclaiming the Gospel message (2 Cor. 5:20). We give unbelievers the Gospel. We start there because we know the fear of the Lord is the beginning of wisdom (Prov. 1:7). We cannot expect unbelievers to grasp and minister the Gospel. Unbelievers are self-centered, self-worshipers by nature. How can a self-worshiper worship Christ (Rom 1:18)? He or she cannot, therefore we point them to Christ praying the Spirit saves them. 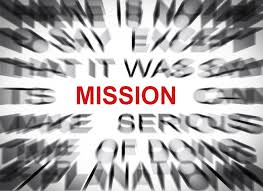 Our goal, with the world, is always the Gospel. “You are the light of the world. A city set on a hill cannot be hidden; nor does anyone light a lamp and put it under a basket, but on the lampstand, and it gives light to all who are in the house. Let your light shine before men in such a way that they may see your good works, and glorify your Father who is in heaven” (Matt. 5:14-16). We are to live and proclaim the Gospel message. We seek to exalt our Triune God and magnify His name because in Him is redemption, hope, and eternal life.

Think about the issues before us. In the last five years our pop-culture and Christian crusades include, sex-slave trade, bullying, same-sex marriage, racism, domestic violence, feeding the homeless, abortion, equal pay, social injustice, and government / personal conscience convictions (Kim Davis) — btw, I’m sure I’ve missed a plethora of hot topic issues. (Have we really solved them or lost interest in them?) Doesn’t the Bible speak about these issues? Shouldn’t we uphold righteousness where we can?

Take these issues. Are they new or unique to our generation only? No. Did these issues exist in 0, 30, or 200AD? Yes they did. Was there sexual deviancy? Yes, 1 Corinthians 5-7 talks about multiple sexual deviancies. Was there racial tension? Yes. The Jewish and Greco-Roman world was filled with racial tension. Look at Paul’s response to slavery (Onesismus and Philemon). Bullying? Yes, otherwise Jesus would not warn believers regarding the blessing of persecution for His name’s sake (Matt 5:10-12). Every issue and recent crusade advocated by the media and evangelical leaders has a historical root dating back thousands of years. Why? Because there is nothing new under the sun. All of these issues validate God’s judgment: man is sinful by nature. 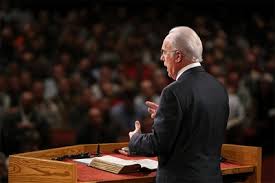 Now, how does Paul deal with these issues? Peter? James? John? the Gospels? and Jude? Simple. They proclaim the glories of our Triune God and His works. Paul knew about the division, sexual deviances, and cultural perversions of each church when he wrote to them. Some people in the church owned slaves (Philemon and Onesimus). Look at what he generally writes about. The Gospel. We get illusions to these issues, but never does Paul wax eloquently the way modern evangelical leaders tell us to respond. Did Paul miss the boat? God fail to provide the memo? No, of course not. He knew the real issue is our human heart and he side-stepped the cultural problems to address our heart. He points us to Christ and ministers the Gospel to us. He tells Timothy, his disciple, “Preach the Word; be ready in season and out of season; reprove, rebuke, exhort, with great patience and instruction” (2 Tim 4:2).

Scripture is not filled with a thousand responses to every pop-culture problem addressed. Instead, God calls us to be in the mission field preaching and ministering the Gospel. Does this mean these men do not care? Of course they care. But Scripture says unrighteous men do unrighteous things because they have unrighteous hearts (Mark 7:15-23). God changes hearts. He causes people to be born again with a righteous nature and He uses the Gospel message to do so. 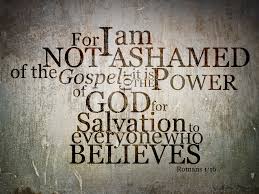 to a pregnant teenage woman, and the Lord saves her? Have we helped her with her biggest problem, sin? Yes. Is she going to want to do what is right? Yes. Paul knows this. The Holy Spirit calls us to proclaim the glory of the Father through Jesus Christ. So what do we do? We proclaim the Gospel. Now, if a believer actively pursues being an ambassador for Christ’s sake, does he or she have to worry about responding rightfully to every hot-topic issue? No. Why? Because he or she is already living and proclaiming the solution — the Gospel.

[1] No major media outlet in the US (CNN, NBC, ABC, CBS, FOX) is non-profit. Media is big business with a lot of money. Profit runs in the billions.